SIMPTESTCERT, on the basis of decision no. 23/2009 of 23rd of December 2009 of Economy Minister, gained status of body authorized and notified by European Committee to carry out conformity evaluation tasks in accordance with directive 2006/42/EC of the European Parliament introduced into Polish law on the basis of ordinance of Economy Minister of 21st of September 2008 in case of essential requirements for machines (Journal of Law of 2008, No. 199, position 1228).

In scope of possessed notification we are realizing tasks related to evaluation of machines – EC type examination.

EC type examination is a procedure according to which the Notified Body is confirming that the representative type of machine placed in enclosure no. 5 for ordinance of Economy Minister of 21st of September 2008 in case of essential requirements for machines (Journal of Law of 2008, No. 199, position 1228), meets the requirements of the regulation. The Notified Body is issuing certificate of EC type examination, which is the basis for issuing “Declaration of Conformity” by producer and marking machine with CE mark.

SIMPTESTCERT customers have right to appeal against a decision resulting from the conformity assessment process and also right to file a complaint concerning policy or procedure of certification process.

Detailed terms, requirements and way of performing are placed in PC-OZM certification program – Program of certification – evaluation of machine’s compatibility.

Above program of certification was developed by Testing and Certification Center SIMPTESTCERT in Katowice.

Evaluation of machinery and equipment used in scope of minimal requirements

SIMPTESTCERT as Notified Body renown on the market, offers jurisdictional works in scope of evaluation of machines used by workers during work.

Is carrying out preliminary, periodical and special controls of machines.

Since above ordinance is obligatory, we carried out dozens of works in above scope for companies from different branches of industry. 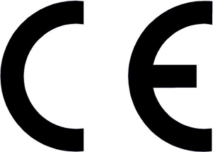